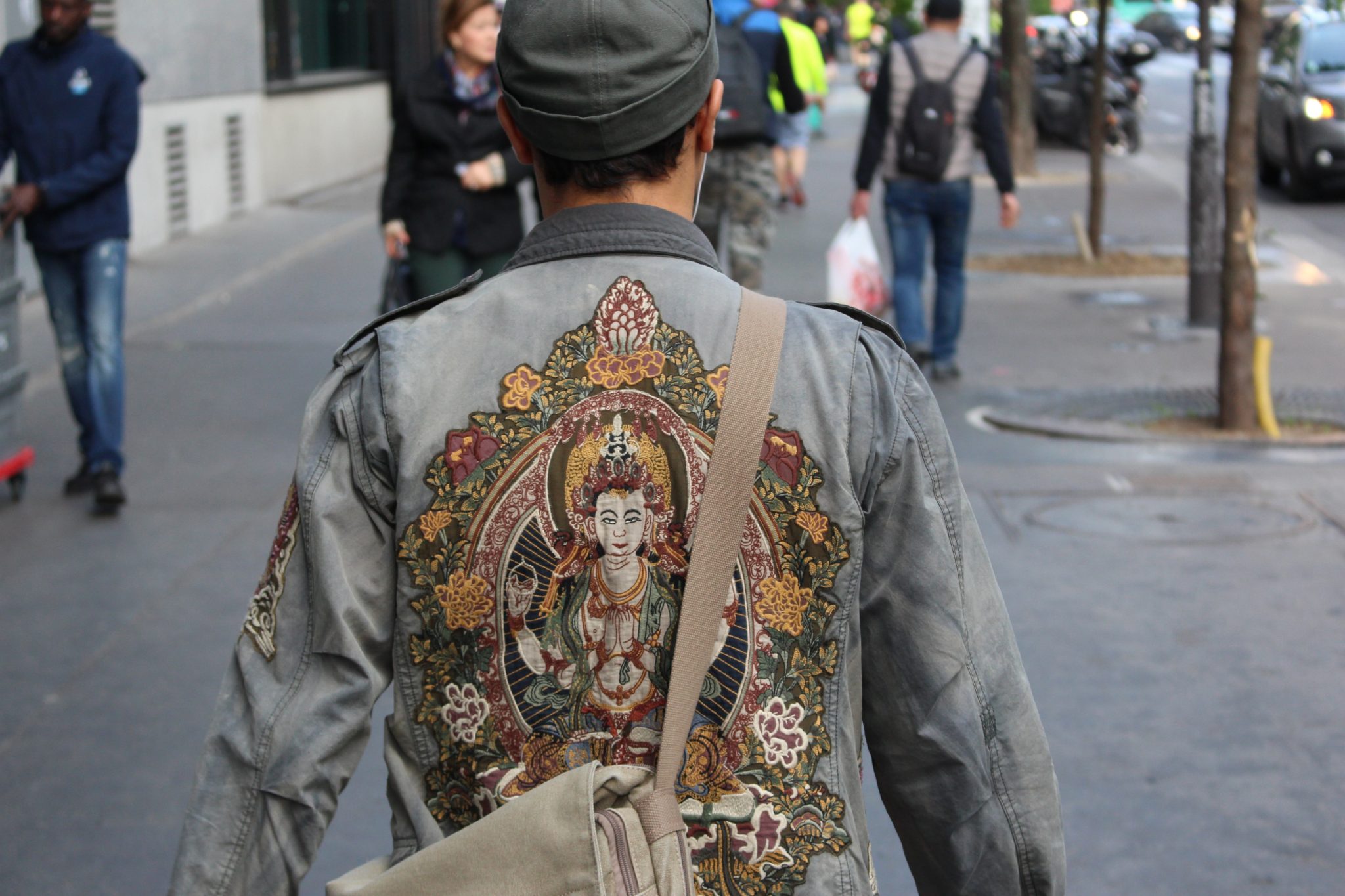 “What is Guru Purnima?”asked a Yoga student of her teacher?

The teacher replied, “Guru purnima is an old tradition celebrating the enlightened Gurus who have, and still are, sharing their wisdom and knowledge for our spiritual growth. It is a time of great respect and gratitude for these dear souls who often spent most of their lives in the pursuit of spiritual enlightenment. The Yoga term ‘Guru’ means dispelling of darkness. In this case, it is someone who can dispel the darkness, or ignorance surrounding our true Self.

“Even Arjuna in the Bhagavad Gita was so confused and despondent about life that Krishna manifested as his Guru!”

“Is it necessary to have a Guru?” asked the student.

“It is possible without a guru, but it’s easier to get lost and lose your way. Your own ego can also stop you from having a guru. Most students have dead gurus whose words they read in books which inspire and guide, yet not on a personal, individual level. They cannot question them, and can interpret how they like. 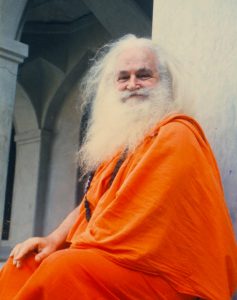 “Swami Gitananda Giri (my first Guru) would say, “the real Guru enables their disciple to manifest their potential thus becoming a Guru themselves. The goal is to empower them and not to keep them, limited and disempowered as a student forever.” But as Dr. Ananda Balayogi says… “to connect to a living, functioning Guru enables the teachings to come alive for you!” The universal self comes through the teachings. It’s not an individual but represents the spirit.

“The Guru says you can do it, I am with you, we can do it together!

“For example, Swami Tadatmananda said that in 1981 he was a spiritual seeker and lived in Santa Barbara in California where he attended a group of lectures by Swami Dhyananda and was completely moved by his reason, wit, and wisdom on such writings as the Bhagavad Gita. Although Swami Tadatmananda himself had read many translations of the book but had failed to truly grasp its knowledge until he found this living Guru who used language that helped him personally grasp it and unfold the essence. Swami Dhyananda became his Guru who skilfully guided his spiritual growth for decades. This particular lineage of guru to chela (student) can be tracked back to 802BC!!

“Without the help of a guru one could easily be reduced to concepts and dry academia. Ramana Baba says that “a real guru is a walking zen koan.” And the only answer to it is your own awakening…”

The student digested all that was said then asked, “how do I know that the guru is true, many scandals have been revealed?”

“Sadly, that’s right,” replied the teacher, “mainly Hatha yogis that work with the body. You must use your discrimination. If you don’t feel right, or you feel energy moving down, walk away.”

“Dr. Ananda says that if someone calls themselves a guru, watch out as real ones don’t call themselves that. Swami Tadatmananda tells us that a guru is not a preacher (as in religion), who tells you what to believe and ask no questions. He is a spiritual teacher imparting spiritual knowledge to help you understand your true nature. I would say that a true Guru always welcomes questions and challenges from any sincere seeker for he is merely a guide to help you make your own choices.  As well as Swamiji, all the above mentioned would say,“don’t believe any thing I say ..try it, test it for yourself, through reason, logic and experience”.”

“Thank you,” said the student.

As it is relevant to this conversation I thought I would share with you a PERSONAL PERSPECTIVE.

When I moved to Cumbria I was obliged to fill the space of a yoga teacher, but I needed to study too, to continually grow in order to give my best to those depending on me. I now needed a teacher, not any teacher.. but someone way above my level – A GURU

Oh yes books can be the Guru but I felt the need for a two-way communication with a living Guru. The place where I lived was effectively a Yoga desert, so where would I find one?
I had an enquiring mind and could not accept anything on blind faith alone, nor was I a sheep looking for someone to follow. My search was for the truth alone.

Reason, logic I’d like to understand I like science medicine they made sense. But I also had a deeper mystical intuitive side a profound sense and I needed to feel as well as to know, both right and left sides of my brain needed stimulation and inspiration. Was there a Guru who could appeal to all my requirements to have the answers to life and the universe to have his thoughts in heaven yet his feet firmly on the Earth and to be living what he taught?

There is a saying in Yoga circles that says that when the student is ready the guru appears.

It was by chance (or was it?) that a friend handed me an article on a Dr Swami Gitananda who founded the International Centre for Yoga Education and Research. Swami Gitananda was a medical doctor, a scientist and a Yogi from a traditional lineage …he had it all ..I felt optimistic …a Guru tailor made for me? But would he accept me?

We communicated for over a year and I took up his correspondence course. To my surprise I received a letter summoning me to India ..to accept an award of International Student of the year! Family and friends said I had to go and all at home would be taken care of. I would be away from my children for a month. When I met Swamiji I wrote in my diary that although his body was old he had the energy field of an 18 year old! Then I crossed it out and put …no, I have never met any man at any age with such energy. Swami’s personality was as big as his aura. No question was too big or too small to ask him however it had to be an intelligent one as he did not suffer fools lightly! He taught me the importance of really thinking through questions and self enquiry.

Years later Swamiji had greeted the news of my third pregnancy with joy and advised me as to appropriate diet and practice. I never missed one yoga class only the week in which I gave birth. Although Swamiji was so busy and undertaking various projects at the time he was never too busy for his students.

One night as I sat with my husband by the fire, I was inspired to express to him how fortunate I felt to have a direct line to such a great soul as Swamiji. The following morning I had a phone call from Indarji, expressing his sadness on the passing of my Guru! Swamiji my Guru, teacher, friend and family member, never too important to attend our individual needs had lived and died like a Yogi! The next day I sat in stillness in front of my class unable to speak. Not one word was uttered by my usually chatty joyful class. We sat in silence held hands and all connected into this deep quiet loss I was experiencing. I felt as if I had been pushed out of the nest. This bird must learn to fly by herself.

I took a deep breath in….my voice returned..I made the announcement ..and the class began.
Thank you dear Swamiji for giving me the wings so that I could indeed FLY!

I would like to finish with a quote from one of Swamiji’s students William Uber:

“The Guru’s gift to the world is the knowledge that all of us may open ourselves up to the perfection of the universe. All of us may know the infinite and experience the dissolution of all boundaries and barriers; all of us may feel the timeless flow of love moving through our bodies, connecting us with each other and with the nature that sustains us. None are doomed, non-or dammed, except that, by their own wilfulness, they reject the life of the Spirit  and seek to destroy it.

« You don’t have to go to India to find an authentic Guru! Part three